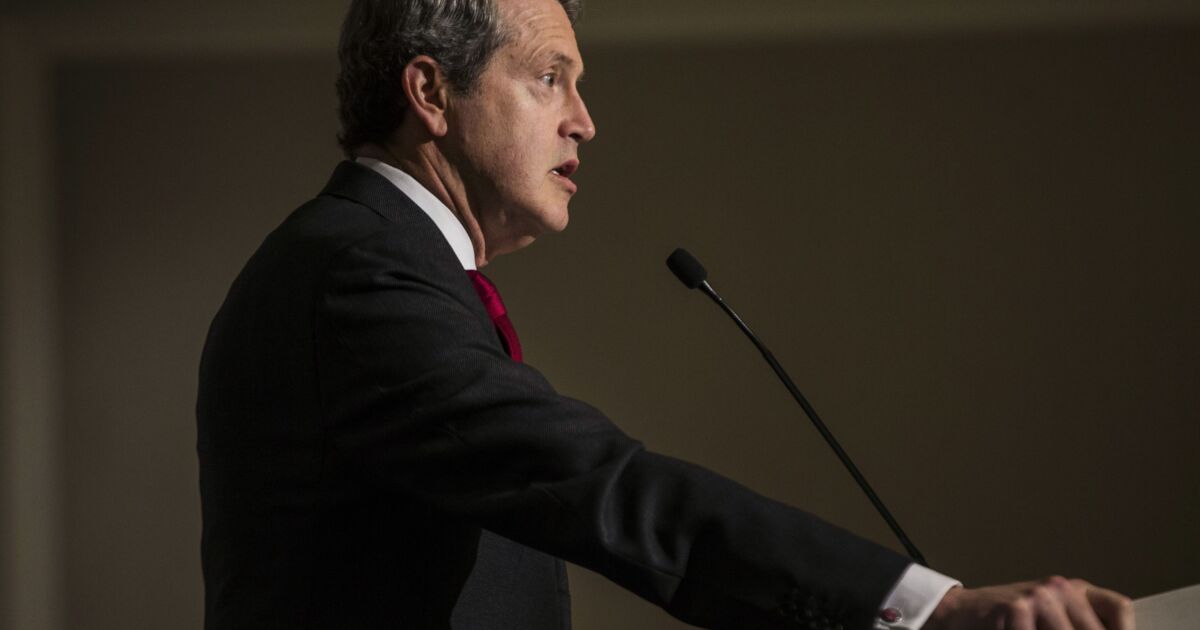 WASHINGTON— The Federal Reserve’s top supervisory official said Thursday that bank regulators should be paying more attention to the rise of stablecoins and digital currency.

The comments from Fed Vice Chairman for Supervision Randal Quarles come at a time when several of the nation’s largest banks have reportedly started offering wealthy customers the ability to invest in bitcoin funds as cryptocurrencies enjoy a surge in popularity around the globe.

The rise of stablecoins and digital currencies in general has been “one of the more interesting developments” in the financial markets, Quarles said Thursday at a conference hosted by the Options Clearing Corporation. “I think the depth of consideration that has been given to a lot of policy talk around those issues hasn’t been as robust as I would like it to be.”

Quarles added that much of the last year has been dedicated to the COVID-19 pandemic response, leaving little room for policymakers to do a deep dive into digital currency.

“People have had a lot of other things to think about over the course of last year as these issues have been rising in salience and so I understand why,” he said. “I think over the course of the next year or two [we should be] really thinking carefully about the issues that are presented by stablecoins.”

Stablecoins are a specific form of cryptocurrency typically tied to the value of a fiat currency, such as the U.S. dollar.

The Fed previously said in 2019 that global stablecoins could pose a risk to financial stability if they are poorly designed, and warned that operational failures in a digital currency could disrupt other areas of the financial system.

CoinDesk reported Monday that JPMorgan Chase is set to offer an actively managed bitcoin fund to select clients and on Tuesday U.S. Bancorp announced that it would soon start offering custody services for clients’ digital assets.

Those moves followed a January notice from the Office of the Comptroller of the Currency that gave banks the green light to process stablecoin payments, in which it argued that the use of decentralized payments technologies is simply the latest development in banks’ long-standing role as institutions that move money.

Although Fed officials have in the past expressed skepticism about digital currency, bank supervisors need to better understand it in order to successfully fulfill their oversight role, Quarles said.

“The inexorable march of technology is a huge opportunity but also a supervisory challenge for the financial system,” he said.

Unemployment Support for 13 Million Individuals Is Expiring. Right here’s What to Do

The Weirdest, Most Distorted Economic system Ever | Doug French