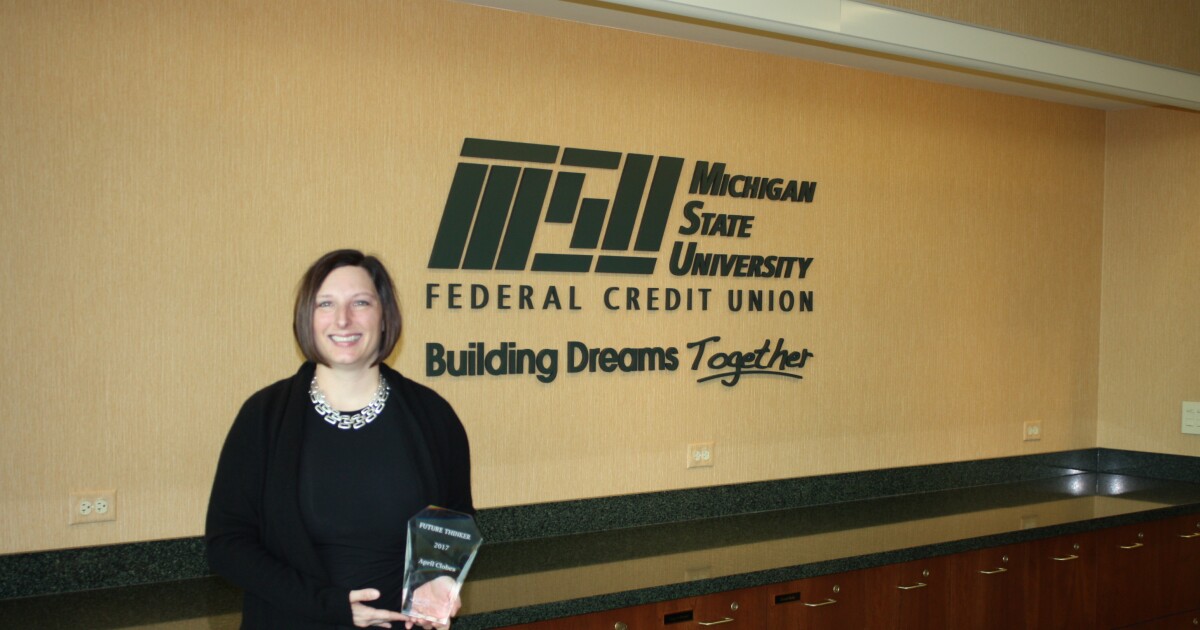 Michigan State University Federal Credit Union in East Lansing has surpassed $6 billion of assets, doubling in size since the end of 2015.

The latest milestone comes just one year after crossing the $5 billion-asset threshold, and that asset growth has come as part of a wider expansion play. For years, MSUFCU operated primarily in the greater Lansing region, but in the last several years has expanded its presence into Metro Detroit and Grand Rapids, to the east and west, respectively, as well as into Traverse City in Northern Michigan. Membership eligibility was also expanded a few years ago to include state employees.

“We are excited to celebrate this milestone,” President and CEO April Clobes said in a press release. “Our growth and success is due to the support of our members, dedication of our employees and strength of our community. We continue to provide superior service, secure and convenient account access, innovative products and services, and philanthropic support for organizations that help make our communities places we are all proud to live and work.”

More growth is expected as 2021 continues. A second Traverse City branch is slated to open later this year, along with a regional office in Auburn Hills, near Detroit. A new building in downtown East Lansing is also in the works that will contain an intern center, call center, community room and more, and a larger headquarters branch will begin construction this summer.

MSUFCU earned $49.7 million last year, according to the most recent call report data available from the National Credit Union Administration. That’s a nearly 33% increase from 2019’s earnings, driven in part by a 7.9% increase in loan volumes, including 12% growth in mortgage balances.

Benjamin Boyce on the Evergreen State Protests and Lessons for America | Robert P....

In his first earnings name as Stellantis CEO, Carlos Tavares doubles down on EVs...

What to do along with your spare money – Marginal REVOLUTION