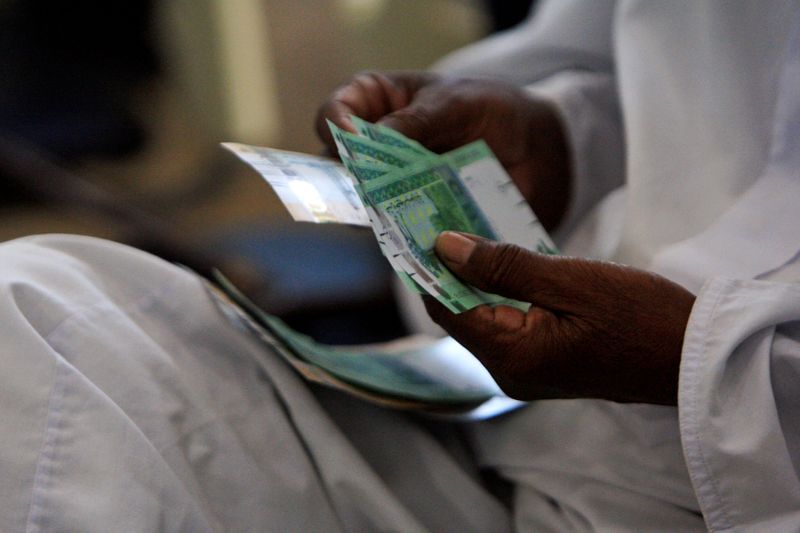 PARIS (Reuters) -Sudan hopes to entice investors and secure pledges to pay off its arrears to the International Monetary Fund at a conference in Paris on Monday, paving the way for wider relief on external debt of at least $50 billion.

Sudan built up huge arrears on its debt, but has made rapid progress towards having much of it forgiven under the IMF and World Bank’s Highly Indebted Poor Countries (HIPC) scheme, allowing Sudan access to cheaper international financing.

Sudan recently cleared arrears to the World Bank and the African Development Bank with bridge loans from Western states. In order to move forward to a “decision point” that would unlock the HIPC process in June, it must clear its arrears to the IMF as well.

French finance minister Bruno Le Maire announced on Monday that France would grant a $1.5 billion bridge loan to facilitate that and cover additional costs, though IMF members must pledge to cover the $1.3 billion in arrears in order for the IMF to pay the bridge loan back.

Those pledges are expected to be made later on Monday. Sudan does not have to pay back the bridge loans.

Sudan is emerging from decades of economic sanctions and isolation under former President Omar al-Bashir, who was ousted by the military in April 2019 after an uprising.

A transitional government appointed under a military-civilian power sharing deal is trying to pull the country out of a deep economic crisis with inflation at over 300% and shortages of basic goods.

One of the Paris conference’s goals is to drum up interest in investment. Projects worth billions of dollars in energy, mining, infrastructure and agriculture would be on offer, said Khalid Omar Youssef, Sudan’s minister for cabinet affairs.

On debt, the conference aims to deal with arrears to international lenders before moving on to bilateral creditors, a French presidency official said. Of Sudan’s bilateral debt, about half is with Paris Club members. Some 10-14% of its external debt is commercial debt, an unusually high proportion, an IMF official said.

China, a major creditor, has reduced and forgiven some debt and will push for the international community to do the same, said Hua Chunying, a foreign ministry spokeswoman.

Saudi Arabia, another big creditor, has also said it will press for a broad agreement on debt.

Skillz shares soar 29% in buying and selling debut as buyers wager on cellular...