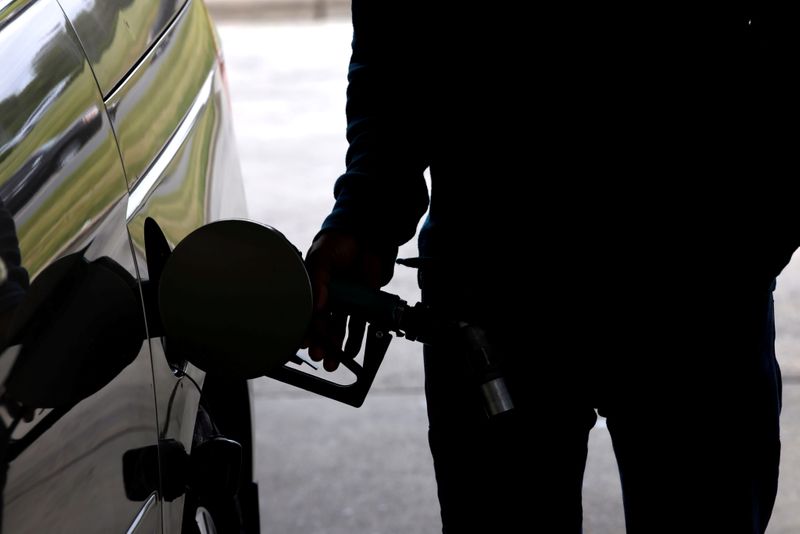 © Reuters. FILE PHOTO: A motorist tops up the fuel in his car’s gas tank after a lengthy wait to enter a gasoline station during a surge in the demand for fuel following the cyberattack that crippled the Colonial Pipeline, in Durham, North Carolina, U.S. May 12, 202

By Laila Kearney and Stephanie Kelly

The six-day closure of Colonial Pipeline’s 5,500-mile (8,900-km) system was the most disruptive cyberattack on record, preventing millions of barrels of gasoline, diesel and jet fuel from reaching fuel tanks throughout the eastern United States.

Thousands of gas stations ran dry as supplies failed to arrive and drivers fearing a prolonged outage filled tanks and jerry cans. Refiners and fuel distributors are racing to recover before the Memorial Day holiday weekend at the end of May, the traditional start of the peak-demand summer driving season.

“Colonial Pipeline is currently shipping at normal rates, based on shipper nominations,” company spokesman Eric Abercrombie said in an email. “It will take some time for the supply chain to fully catch up.”

In Washington, D.C., about 70% of stations were still empty, according to tracking firm GasBuddy.

U.S. gasoline demand on Saturday dropped nearly 15% from a week earlier, according to GasBuddy, as drivers pulled back on fuel hoarding.

Widespread panic buying even caused shortages in some areas not served by the pipeline.

Average nationwide gasoline prices are at their highest since 2014, with a gallon of regular unleaded at $3.04 on Sunday, up from $2.96 a week ago, according to the American Automobile Association.

U.S. gasoline futures opened in Asian trade on Sunday at $2.1271 a gallon, down from a three-year high of $2.2170 a week ago, Refinitiv Eikon data showed.

Overall outages stood at 12,405 stations, down from 13,450 on Saturday and a peak of more than 16,000, said Patrick De Haan, head of petroleum analysis at GasBuddy, as panic buying ebbed and stations replenished supplies. There are around 150,000 gas stations in the United States, the world’s largest oil consumer.

“Every day, gasoline supplies are getting better as Colonial operates at capacity and additional oil tankers from the Gulf Coast make their way to the East Coast,” said Andy Lipow of Lipow Oil Associates in Houston.

Citgo and Valero Energy Corp (NYSE:) were among the refiners to receive Jones Act waivers to ship fuel on waterborne vessels from the U.S. Gulf Coast to help ease the fuel crunch.

Alpharetta, Georgia-based Colonial said it would resume its regular nomination process on Monday to allocate capacity to companies that use the line.

Websites tied to two other ransomware groups not connected to the Colonial hack also were unreachable in a likely retreat amid the hunt for perpetrators, Allan Liska, a researcher with cybersecurity firm Recorded Future, said on Sunday.

“This is a disruption,” he said of the groups’ lower profile, adding: “I don’t think it’s going to be a permanent disruption.”

Bloomberg News and the New York Times said Colonial paid nearly $5 million to DarkSide hackers, but the company has not confirmed the ransom demand or the payment.

USDCAD Direction? Early For Both Ways